Asia is the largest continent in the world in both, area and population, constituting nearly one-third of the landmass, lying entirely north of the equator except for some Southeast Asian islands. It is connected to Africa by the Isthmus of Suez and borders Europe (part of the same landmass) along the Ural Mountains and across the Caspian Sea. 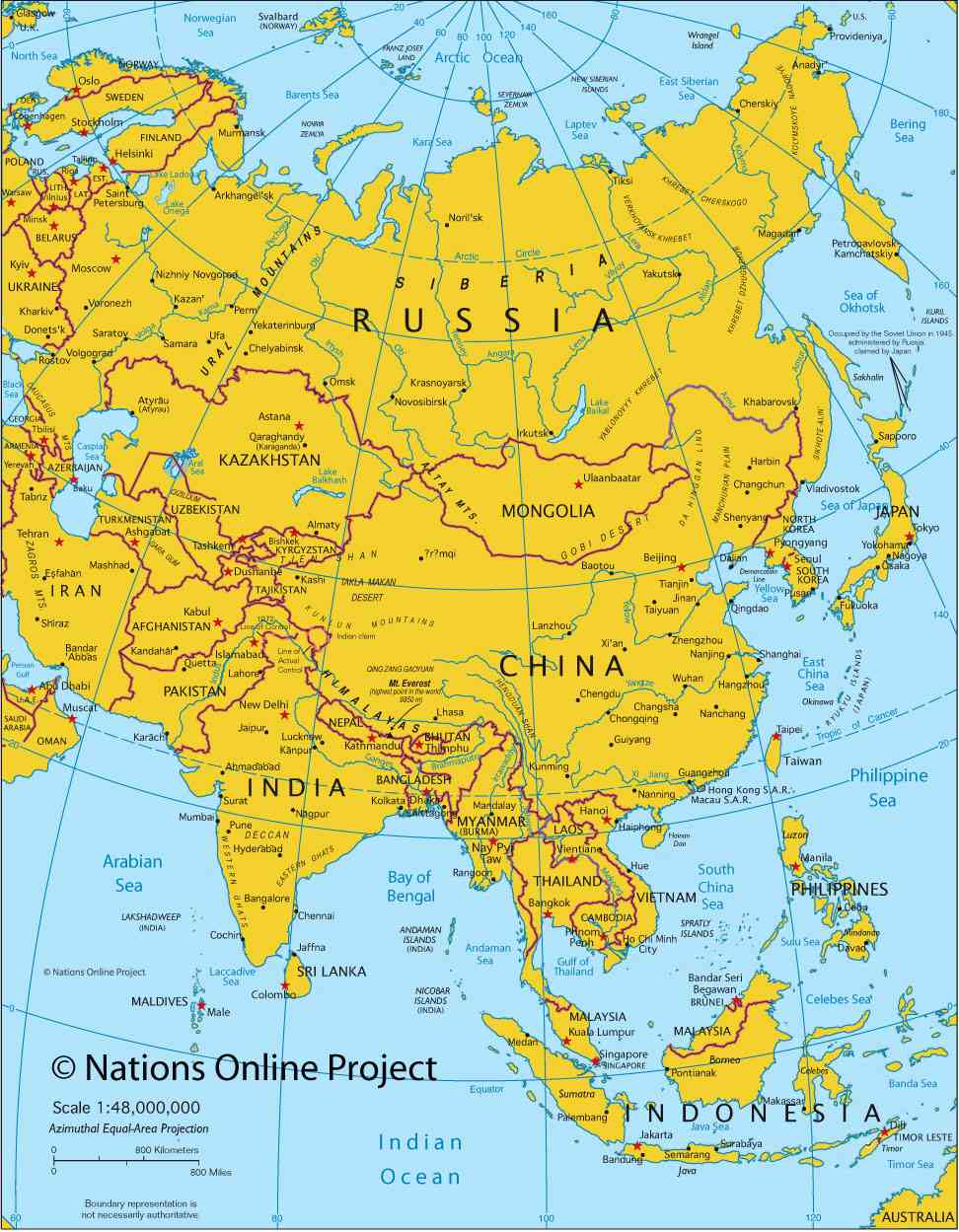